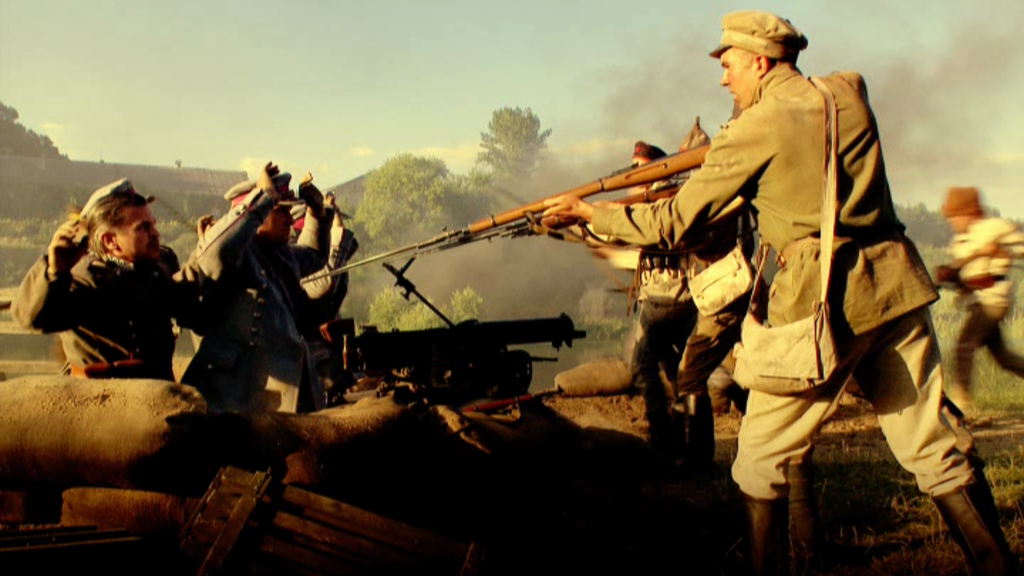 1920 Bitwa Warszawska (Battle for Warsaw, 1920) is one of the more epic period productions to come out in the last decade. Despite its paltry reviews on IMDB (who are these numb-headed reviewers?), the film is a fantastic production and tells the story of a great victory of will and the salvation of a national identity. Its even better because the budding Marxist revolution, polluting the earth from Russia, was well underway. The filthy Leninist rats were handed a solid defeat (sadly, one they would avenge after WWII). 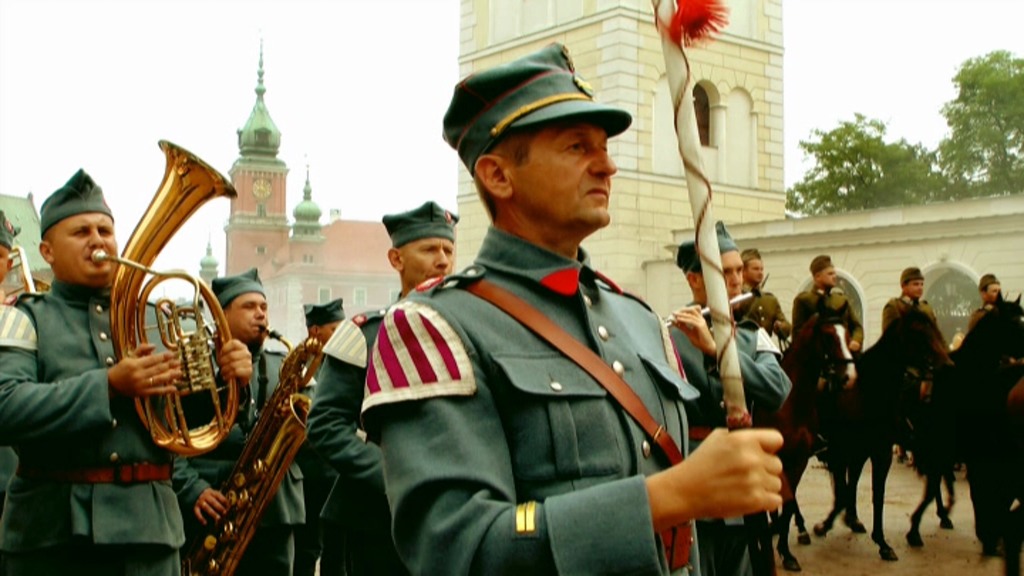 During Poland’s war to gain independence, the invading Red Army was marching in sound victory. The Reds had made great headway, Poland was on the cusp of falling to the Bolsheviks, and victory was but a wispy dream. But in August of 1920, the retreating Polish forces took refuge in Warsaw and the nearby Modlin Fortress. 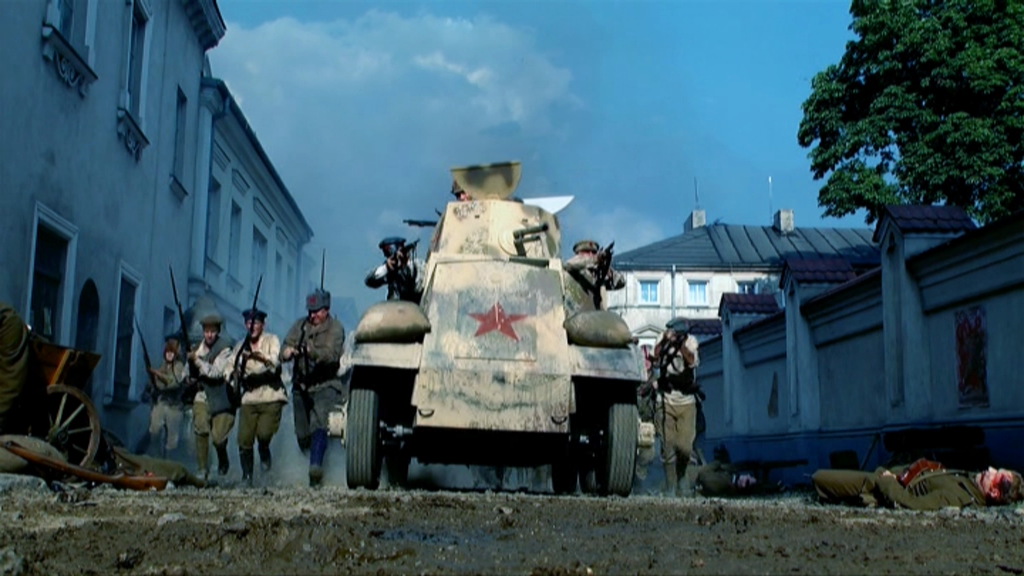 As one reviewer stated, the Soviet Bolsheviks were “driven by furious desire to light the ‘flame of world revolution’ by robbing, raping, killing and treading on Poland’s corpses westwards. Yet, history sometimes proves to be more unpredictable than ever…” I’ll not spoil the plot, there are plenty of synopses online if you want them. But I will let the screen shots lure you into this masterful film. I have a degree in art history among the souvenirs of my time-wasting days of college, and some of that included viewing what the elite ‘intelligentsia’ considered dull and boorish ‘representational art.’ But representational art frequently discovered beauty, romance and glory in the overcoming acts of man against all odds. Man has been memorializing the noble acts of his countrymen for decades. It is plain and clear that the leftists in control of aesthetics and art and movie reviews would be against such noble ideals, leeches that they usually prove to be. Epic battles and struggles between good and evil are often the subjects of representational art, and such romanticism is considered dry and old-hat by elitist standards. Yet this is the heart of creative representation – to show forth the good and virtue of man’s struggle, and to depict the demise of evil. Here’s to the glory of thumbing a nose at art critics! 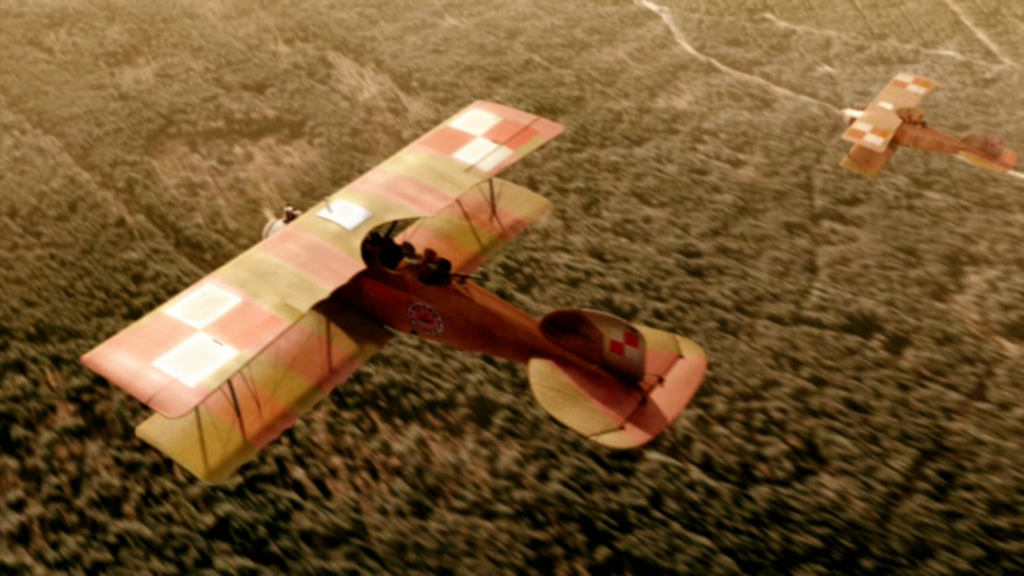 Bitwa Warsawska is 115 minutes of moving romantic art, beautifully filmed and masterfully graded. The film captures that post WWI psyche of the lost world of old, and pits the new technology of the new industrial war-machine against the colorful lines of cavalry lances and festooned dragoons. It is brutal yet elegant in its story telling. It’s a masterpiece of craft, and the story deserves such an effort. The film elevates the idea of ‘devotion to a cause,’ which is so lost on today’s drifting youth, to a high place of honor. The film inspires. I strongly suggest you acquire this film and enjoy it. Pay no mind to the disconnected reviewers of IMDB who must have been looking for some common mush from Hollywood.

I’m going to lay a bunch of visuals here, this carries the whole film. 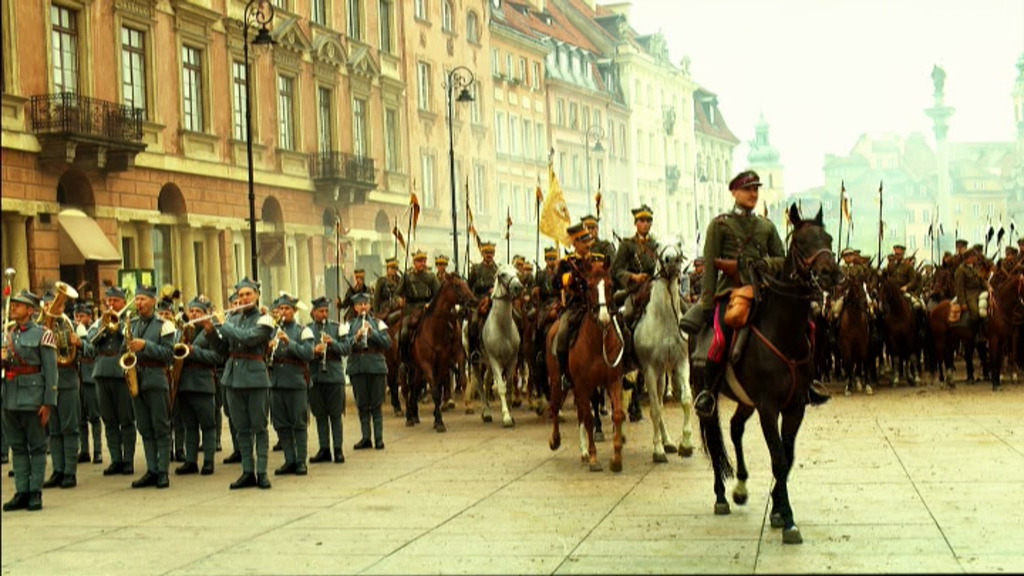 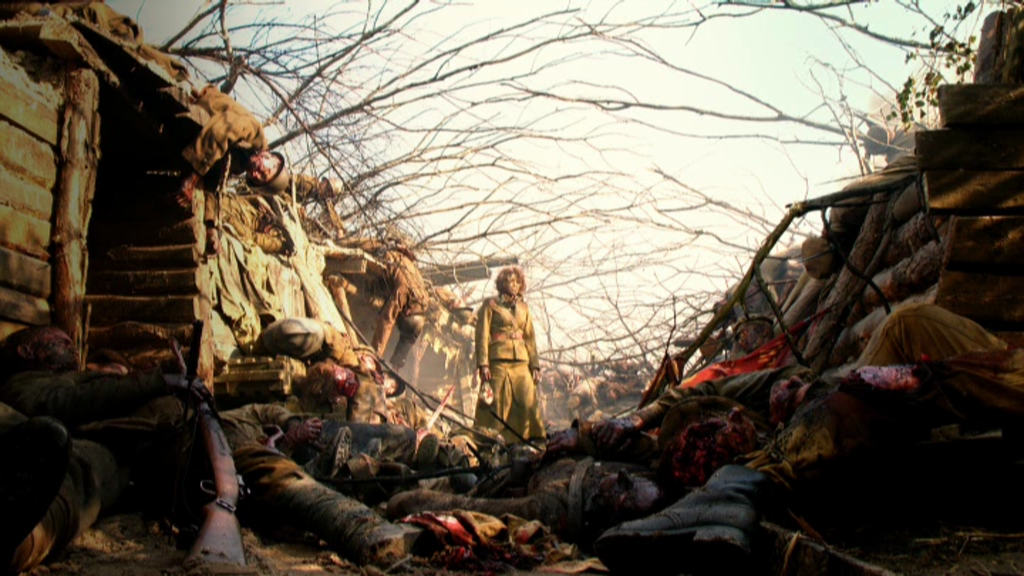