How do you take down a group of Nazi radio ships in a neutral harbor on the Portuguese Indian coast? You round up a bunch of retired old British guys and send them in for one last hurrah. Based on a true story, Sea Wolves is set in the eclectic and colorful Portuguese colony of Mormugoa on the west Indian coast, and in British India in general. Its a beautiful location and a taste of old colonial India, and despite some flaws, the story is quite suspenseful.

The plot is governed by history; how much is factual and how much is spun up from the writer’s mind I do not know. Here’s a very short plot synopsis: British Intelligence sends Colonel Lewis Pugh and Captain Gavin Stewart to spy in Goa where they discover a German spy ring and radio ships that send intelligence to a U-boat offshore, which has been wreaking havoc on allied shipping. Lewis and Gavin devise a plan to employ the British veterans from the old Calcutta Light Horse Brigade. They, like any proud warrior would (pasty and pudgy as they may be), they go in with gusto for one last charge. They acquire a junk heap of a boat and pose as alcohol-soft businessmen on holiday as they devise their attack on the Nazi ships in harbor. The ruse is perfect. No more spoilers here.

The film features classic leading men familiar to war movie buffs, Gregory Peck, Roger Moore, and David Niven. These men play their roles masterfully, as you would expect. The pacing of the film is rather slow and conversational, but that’s how things were with geriatric warriors, I suppose.

However, this movie is a perfect example of how not to dress a film. It looks much like the Michael Landon’s Little House on the Prairie TV series in terms of fashion and style. If you are making a film set in the 1940s, fashion and hair styles should reflect that. I’m not entirely sure how the 70s and 80s film directors managed to work in the styles of their times into costume and hair design, but they did Hence, the men have puffy hair, the women are decidedly late 70s styled, even though the costumes are attempting to be period costumes. Sadly, the ugly 70s show through in patterns and materials. We really did not see an effort to carefully style costumes, at least in US-made films, until the later 1980s. There are exceptions, of course.

Laying aside the stylings (that make the German ship crews appear ready for the set of The Love Boat), the film is engaging enough to keep a viewer interested. There are some cheap nudes scenes tossed in, real quick as was the fashion of the day, and there is a seedy affair, but that’s the kind of thing that happens in the spy world. Effects are acceptable, weapons are occasionally incorrect for the era, and if you look you can see some 1970s automobiles in the towns here and there, but what carries the film is the story.

It is an appropriate homage to the valiant efforts of an obscure group of old warriors, but shouldn’t be mistaken for an action film. 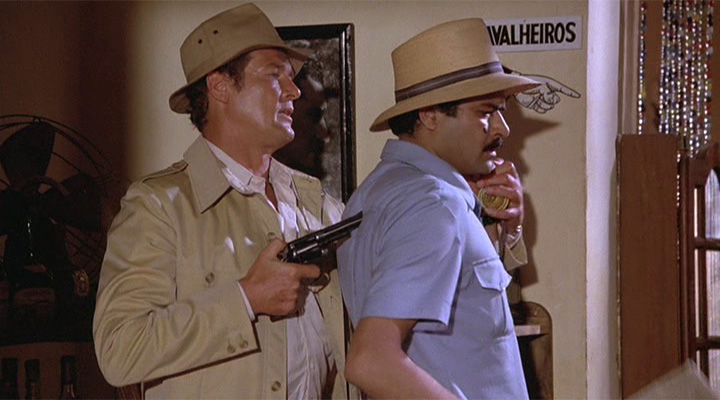 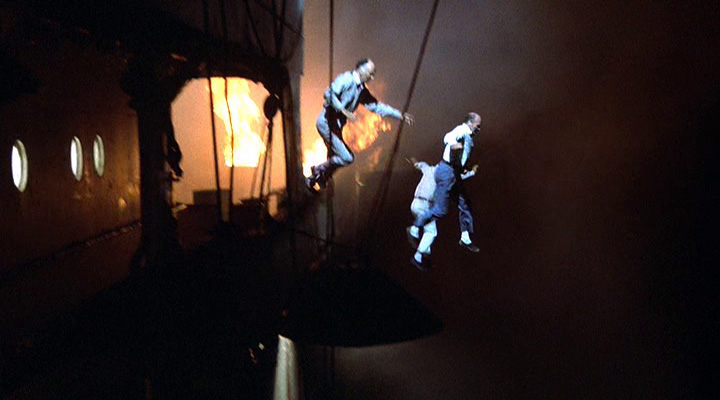 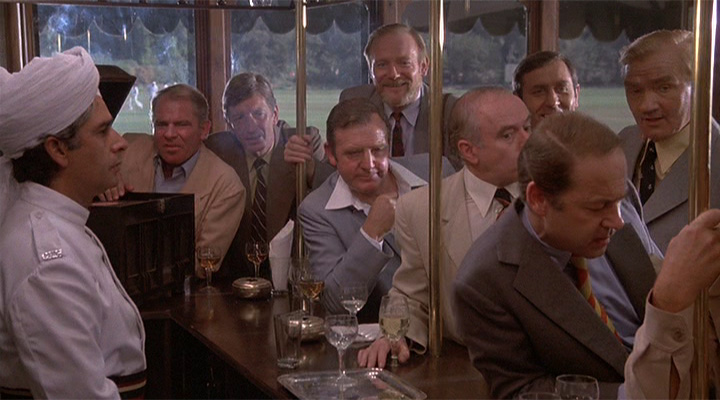