When executed with craft and excellence, a historical film puts meat on the bones of historical texts. They illustrate dry tomes with rich color. This was a very good film.

Downfall (2004), directed by Oliver Hirschbiegel and partly based upon the testimony of Traudl Junge, Hitler’s last secretary, who is interviewed and makes statements before the film. Her book is entitled Hitler’s Last Secretary: A Firsthand Account of Life with Hitler

Junge is one of the chief characters in this tale of the last days of Hitler and his Nazi party. In it, we witness the thousand-year Reich come to a very premature death in the grinding assault upon Berlin by the Russians. Since most folks know the general outcome, it seemed to me strange to really find this film to be a gripping drama. After all, most everyone knows that Hitler and many of the top Nazi fanatics die by their own hand. I was very surprised to be swept away into the film almost immediately.

The film is German, known at home as Der Untergang. Alongside Generation War, it is one of the better efforts of German film to address the dark shame of the Second World War. It is stated (but with no confirmation) on the IMDB page under the trivia section that “During the premiere in Germany, a large part of the audience broke down in tears at the end. Every person remained seated until the last of the credits were shown and the lights remained dimmed.” The film struck me as one that could indeed have a profound effect upon the people of Germany.

Director Oliver Hirschbiegel really captured the desperation of the last days of the war. Many of these scenes were interpreted by different characters in different ways. Young Trudi the secretary saw her true devotion crumble as she witnessed her party leader and god-like Führer lose his mind, abandon any pretense of compassion, and decline into blithering absurdity. She was visibly deeply troubled as her romantic idealism was peeled away.

Others saw the Führer’s decline as the fruit of an inevitable collapse, and like rats off a sinking U-boat (see what I did there?) they abandoned their former overlord and grabbed all they could grab on the way out. As the window of opportunity slowly closed, those who would flee were viewed by Hitler as traitors of the Reich. In his rage, the satisfaction of watching this wicked man fall to pieces was admittedly quite delightful. On the other hand, actor Bruno Ganz, who played Hitler, did so with a realism that brought peeks of Hitler’s humanity to the surface that he was known to display, especially in the presence of children and dogs. The performance was very well acted. Sadly, many Hitler roles are performed about on the level of Moe Howard’s acting. Ganz really did perform to a chilling level.

The scenes in which Hitler spoke (or shrieked) to his various underlings and general captured the fleeting mind of a man racked with insane megalomania and what many think was the beginnings of Parkinson’s disease. As history reports, his orders directed divisions that didn’t exist anymore to places where they could no longer go. Generals were given impossible ultimatums. The hope of victory was almost constantly on Hitler’s quivering lips. This hope was interspersed with moments of clarity in which the dictator would assure himself and those around him that the heroes of Germany were not the people dying outside the bunker, but those who would carry on the Nazi ideal in the post war negotiated peace. He was sure that his ideas were that important. That is delusion.

This film is, trivially speaking, the source of the acclaimed ‘Hitler ranting’ parody videos that have become wildly popular. People will take a certain scene of the film where Hitler goes on a tirade and will replace the subtitles with absurd and funny rants. You can find Hitler raving about grammar Nazis, football players being traded to the wrong sports team, politics, or Star Wars character design. Many of these rants are hilarious. After seeking to remove these videos from Youtube, Constantin Films finally stopped pursuing them after ‘Hitler Ranting’ parody films were made about Constantin’s “Nazi-like” actions. The parodies continue.

I was also impressed with Juliane Köhler’s performance as Eva Braun, Hitler’s fiancé and briefly, his wife. She too lived in a world of grand denial. Her idea of coping wth the crumbling Reich was dancing and booze and parties. The mental decline was chilling.

I was impressed with the depiction of the military forces defending Berlin. There was an honest look at the shameful situation. Children in uniforms manning anti-aircraft guns, girls in long Teutonic braids brainwashed into the Nazi cause, brazenly staring down those few who would implore them to flee for their lives. The crushing blow of the Russian onslaught was evident in the streets alongside these children. It was also evident in Hitler’s bunker complex as the last refugees from the army, the civilian fighters, the children and the party elite gathered in a huddled mass of tattered people.

I was impressed with the film, it was well crafted, well produced, well acted. Unfortunately there are some brief scenes of nudity that mar the film and lower its use as a really excellent teaching tool for youth. Including nudity in a film, I say again, is a cheap practice that generally adds nothing to the sense of reality that cannot be depicted more tastefully. This is the only mark against this film.

As an adamant anti-Nazi and one who despises Hitler’s perverted ideas about racial supremacy and the cruelty it came with, I was pleased to see a German production that placed bare facts and the testimony of those who were there before its viewers. The facts of Hitler’s awful reign of terror speak for themselves. The inevitable end of his grip on Germany was as ugly as his rise. This is a well done film. 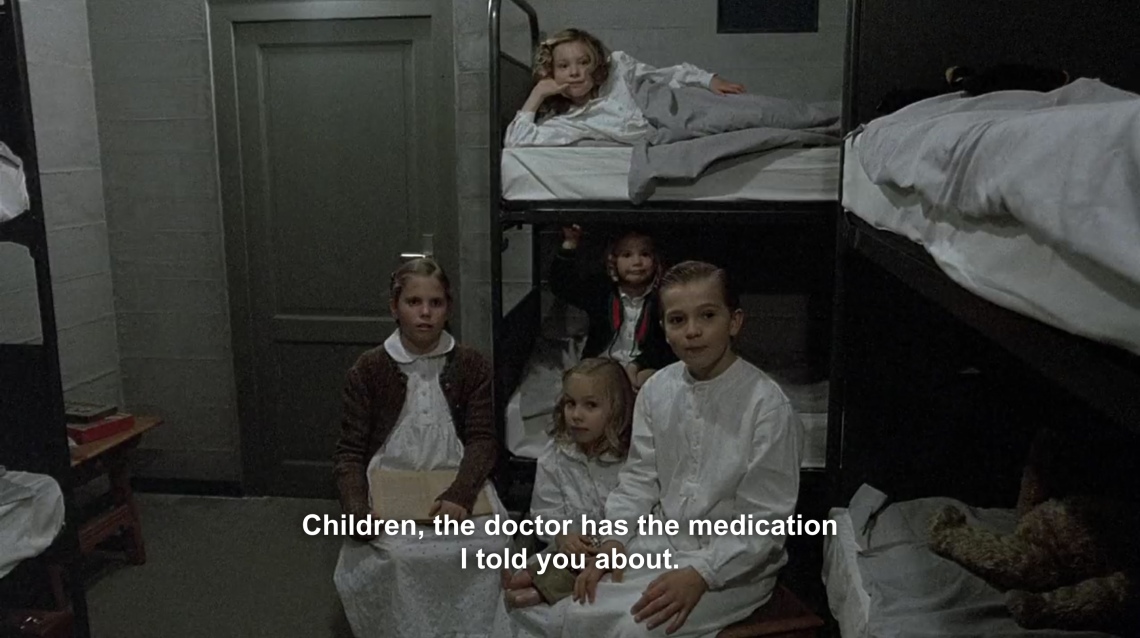 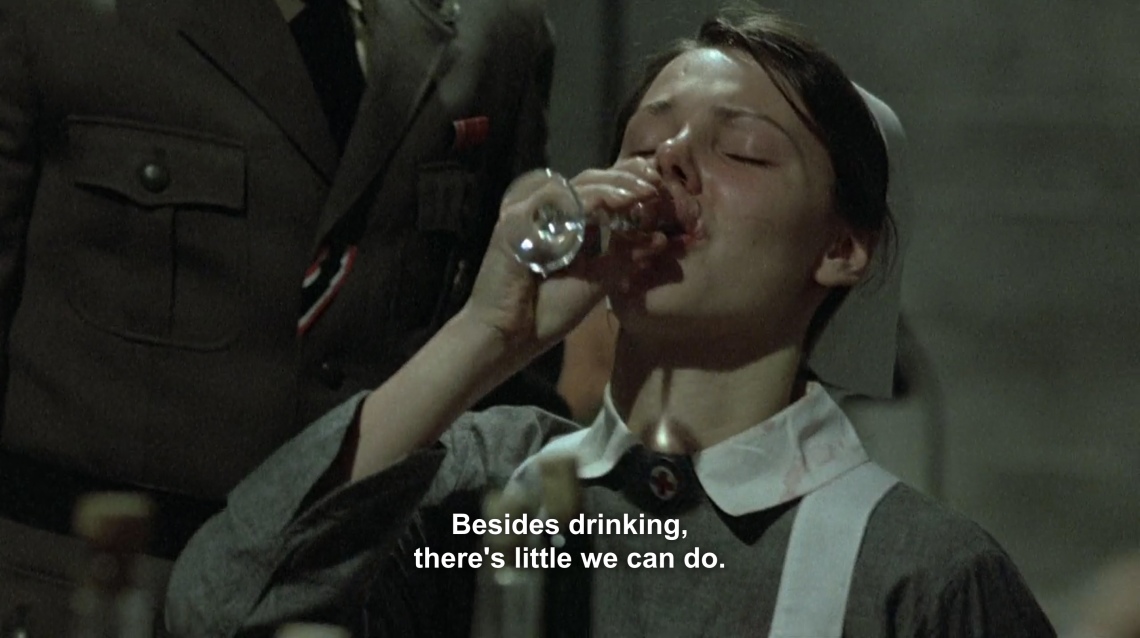